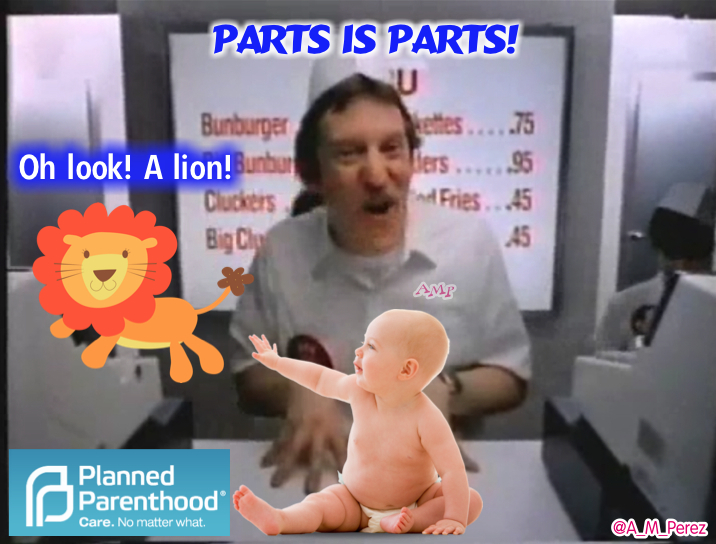 The left wing has jumped the shark now. There is no longer any excuse they can come up with to justify their evil. They have been pushing immorality for as long as there has been a left wing. Evil is their core. They have always gone through great lengths to disguise their evil intentions as good ones and using sinister tactics to ridicule those with high moral values if they speak out against them.

Everything liberals support or advocate is evil. They get away with it by trying to erase history or by appealing to the moral high ground of the right wing with false premises that their goals are liberty and freedom oriented. They accuse the right of atrocities that belong solely to the left. We’re taught in public schools that the left/right paradigm is a circle and that if you go far enough right or left, you come out the other side, basically that the left and right meet in the middle at an extreme position. This is patently false. The scale of left to right is a straight line where totalitarian tyranny can be found on the far left and complete freedom and anarchy are the furthest to the right. The Constitution is very far to the right, but not so far as to lead to anarchy, which could never be sustained. There is always some leftist who will seek power. Anarchy would erupt into gangs run by warlords.

Hitler was as far left as a leader can get. He was a socialist, fascist and dictator who ruled with an iron fist. Freedom was not a NAZI virtue. Leftist history professors and public school teachers all want us to believe that fascism is right wing. Total government control is somehow a result of too much desire for freedom. No, it doesn’t matter how free a people are, even if they are a complete anarchy, the move from freedom to totalitarian control doesn’t move from right to left by going around a circle. It moves from right to left by being conquered by a leftist tyrant. The left wing owns NAZI Germany and Hitler, lock, stock and barrel. There was nothing right wing about them at all. If you point this out to liberals their next step is to argue that NAZIs were Nationalists and that Nationalism is right wing. That is a false premise that can be negated with any dictionary. Nationalism has no left/right paradigm, it is simply a strong patriotism, regardless of the type of government the people are loyal to. Hitler was a Nationalist. He was also a socialist, fascist, leftist tyrant. Obama is an Anti-Nationalist, socialist, fascist, leftist tyrant. The only differences between Hitler and Obama in their ideology is that Hitler actually loved his country.

Liberals, who have completely taken over the Democrat party now, have always found it difficult to get what they want through legitimate means. They have pushed unconstitutional legislation through Congress such as welfare entitlements, the 1968 Gun Control Act, and the Civil Rights Act. The Constitution enumerates no authority under Article 1, Section 8 for Congress to legislate in these areas. If any of these things truly had merit, getting the states to ratify constitutional amendments should not have been difficult.

Far more often than not, liberals are unable to convince legislators to pass their evil bills into law, so they rely on courts and activist judges to thwart the will of the people, as they recently did with gay marriage. Marriage is not a constitutional purview of the Federal Government at all. Time and time again, the will of the people by popular vote, state government legislation, or state constitutional amendments have outlawed gay marriage. Liberals claim to have 60% support for gay marriage, yet the issue never wins when voted on. In every case, judges abuse power they are not authorized to wield in order to unlegislate by throwing out laws. Article 3 of the Constitution grants no authority for courts to legislate or unlegislate. Interpreting the Constitution and other laws are usurped powers. The role of the judiciary is meant to determine if a law is broken, not if the law should exist.

Since the Supreme Court decision on Roe v Wade, which legalized abortion by unconstitutional legislation from the bench, the left has been claiming that abortion is virtuous, because it’s all about the health of the woman. We’re supposed to believe that almost 60 million women would have died if they didn’t have that dangerous and pesky tumor called a fetus removed! God designed women to get pregnant and have children. With the help of modern medicine, actual risk to a woman’s life due to pregnancy is so rare as to be almost nonexistent.

Liberals have done themselves in this time and exposed their evil for what it is. There is no recovering from the latest transgression on the right to life after it has been revealed that Planned Parenthood has been selling baby parts. Their decades old claim that a fetus isn’t a baby can no longer hold water if the fetus is made up of baby parts that can be sold on the black market.

The Center for Medical Progress obliterated any hope that Planned Parenthood could ever have of keeping up the appearance of being good, by releasing videos that show that Planned Parenthood is in the baby parts selling business. The videos just keep coming and the White House and other leftists keep jumping to their defense, but only serving to make themselves look stupid in the process. This is indefensible and the more they try to defend it, the more their evil is exposed for what it truly is.

The left wing media is always ready to cover up the truth, but they can’t spin this one, so the only trick they have left is to make you watch the left hand, so you can’t see what the right hand is doing. By diverting our attention with other stories, especially if they tug on our heart strings, they can hopefully calm down the story on baby parts, before any major damage is done to their beloved tax payer funded, baby killing organization, Planned Parenthood.

Dixie flags and lions are the latest media distractions. Dixie flags distracted us from talking about the hazards we face when gun control statists disarm us. The story about a dentist killing a lion is just what the media needed in their left hand to get our attention off the baby parts in their right hand. Don’t fall for these media tactics. Keep your eyes on the ball. I’m not suggesting that we can’t be engaged with multiple stories at the same time, only pointing out the technique being used to try to pry our attention away from the ones that truly matter.

Personally, I am no huge fan of trophy hunting, but I am a huge supporter of hunting in general for sustenance whether you need it or not. Let’s face it, you can’t buy a venison tenderloin at Kroger and I love venison tenderloin. My opinion on trophy hunting though, isn’t the point. I have neither condemned nor defended the dentist or anyone involved with killing the lion. I am condemning the notion that he be extradited to Zimbabwe over the incident and firmly against any presidential or federal involvement in the matter. It is not only a smoke screen over more important issues, but an unconstitutional one if the federal government gets involved.

Our focus right now with regard to these issues should be firmly on the complete and utter destruction of Planned Parenthood. All federal funding should be cut off to them immediately and not only because it’s unconstitutional for the federal government to provide subsidies to any companies or people, but because as a Christian, my money should not be stolen from me by government to pay for atrocities. Planned Parenthood is evil. Evil must be shut down. Don’t you think? How much do you enjoy having the money you earn spent on murder, which then turns even more profit when they auction off the aftermath to the highest bidder?